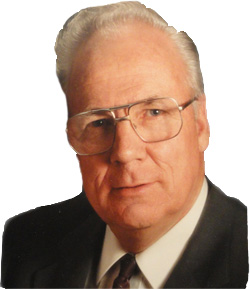 One day I was just searching on YouTube for LDS religious talks and I happened upon one of Hyrum Andrus’ seminar talks. Some of his family members have been kind enough to upload 78 stake seminar talks that he gave in the Snowflake Utah stake in the late 80’s and early 90’s. After listening to just one I was hooked. I have listened to each of his talks multiple times and just love listening to them.

His seminars cover the last day prophesies, the building of Zion, and doctrines surrounding what the saints need to do to be born again, sanctified and become worthy to build and live in Zion. To me listening to Hyrum is like listening to a conference talk, except that he leaves the milk and gets into the meat of some deeper doctrines taught by the prophet Joseph Smith and our latter day scriptures.

You can listen to these seminar talks by going to this YouTube channel called Light and Truth. The best way to listen to his talks are in order. They are placed in order if you go to the playlist page of the YouTube channel. Hyrum has written many books as well which you can see on his official website HyrumAndrus.com.

Hyrum Andrus was raised in the Rexburg Idaho area. He joined the military during World War II and then later served an LDS mission.  He has always had a love of church history. During his undergraduate education he taught missionary preparation at Rick’s college.

After getting his doctorate degree from an eastern university he returned to Rexburg Idaho where he was made the first Director of Religious Studies. He later moved to BYU and became a Professor of Church History and Doctrine. (See About Hyrum Andrus) 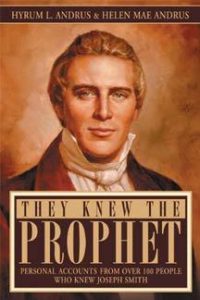 On the YouTube channel there are 4 seminars entitled “The Doctrine and Covenants Seminar“, “Latter Day Prophecy Lecture Compilation“, “Pearl Of Great Price Seminar” and “Book Of Mormon Seminar“. If you go to his playlist page of the YouTube channel each of the talks from each seminar are put in order into playlists.

link to Who Is Jesus Christ?

If you were to ask a typical member of The Church Of Jesus Christ Of Latter Day Saints who Jesus Christ is, you would hear things like He is our savior, our redeemer and our spiritual elder brother....

Continue Reading
link to The Glory Of God Is Intelligence!

This is a topic that is really amazing and interesting to me, but when I have explained it to other people they don't seem to get as excited about it as I do. My interest in this topic comes from...

Hi, my name is David. Welcome to my website PutOnStrength.com! This website is my study into religious topics that I believe are the most interesting and important for our time. I get the name of this website "Put On Strength" from the scripture "Awake, awake; put on thy strength, O Zion; put on thy beautiful garments, O Jerusalem, the holy city" (Isaiah 52:1). My prayer is that this website will help those who read it to "put on thy strength" as the Lord meant for us to do in that scripture. If it does this in some small way, then the purpose of this website will have been accomplished.