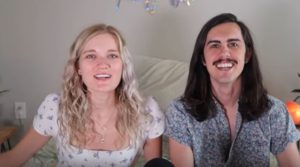 The Church Of Jesus Christ Of Latter Day Saints obviously has a very different perspective on human sexual relations than most people in the world today. And sometimes people who disagree with these positions talk actively against the church online.

One couple making YouTube videos call themselves “Zelph On The Shelf”. In this article I am going to be responding to their video entitled “HARMFUL MORMON TEACHINGS: SEX”. This video was sent to me and I was asked to write an article responding to it.

I am going to go over their main points and address them one by one. I will start first with probably the biggest complaint they had; that the LDS church considers sexual sin next to murder in seriousness.

Most Serious Sin Next To Murder

It is true that The Church Of Jesus Christ Of Latter Day Saints does believe that some sexual sins are next to murder in seriousness. Not all, but some. These are specifically gay sexual intercourse, and heterosexual intercourse outside of marriage. This couple takes this too far to the extreme however. For example the man stated “I felt like I committed the sin next to murder if I had a wet dream”.

That statement is completely unfounded. The church teaches that this is natural and nothing to be ashamed of. As long as that does not lead to lustful thoughts when awake, it is perfectly harmless. It is Jesus Christ himself who said in Matthew 5:27-28 “Ye have heard that it was said by them of old time, Thou shalt not commit adultery: But I say unto you, That whosoever looketh on a woman to lust after her hath committed adultery with her already in his heart.”

Why Is Sex Outside Of Marriage Serious?

God takes these sins so seriously that he commanded that people in Moses’ day be stoned to death if they committed the above mentioned types of sexual intercourse. If something is serious enough to be given capital punishment, doesn’t that sound like it is pretty close to being as serious as murder?

This then is not an “LDS doctrine” alone, but very plainly a Biblical doctrine. Fortunately for us in Christ’s day he removed the death penalty for this sin. But his doing so does not make it any less serious in His eyes. So why is this sin so serious? Isn’t it just “two consenting adults” doing something they have a right to do? Well let’s take a look into that a bit deeper.

Let’s start with a modern day example of one reason sex outside of marriage is so serious. In the United States alone women have over 600,000 abortions every year at the time this article is written. And that is way down. It used to be between a million and a million and a half in the 1980’s and early 1990’s. And of these abortions only around one quarter of them were done by married women; three quarters of them were done by single women.

So ask yourself this question. If everyone only had sexual intercourse within marriage how much need would there be for abortions of babies by single women? Murder is so serious because it ends innocent human life. Sexual intercourse outside of marriage is directly the cause of a lot of ending of innocent human life as well. People kill their babies for convenience as a form of contraception or birth control. It is really heinous.

Since sexual intercourse is the means by which human life is created, its abuse is an abuse of the power to create life. The power of procreation is a creative power that God shares with man. It provides great blessings and joy when used properly and can cause great misery and suffering when abused. 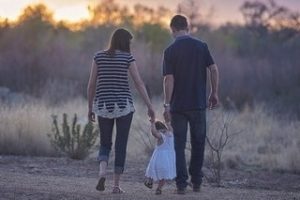 Having the ability to create life is not a power to be taken lightly, or used carelessly. And God takes its abuse seriously because he is a defender and a protector of the innocent. He loves us and wants us all, especially our children, to be happy. He knows more than we do and he knows that violation of this heavenly law creates pain and destruction second only to murder.

This couple acts totally horrified because a Book of Mormon prophet talks about women getting raped and says (Moroni 9:9) “For behold, many of the daughters of the Lamanites have they taken prisoners; and after depriving them of that which was most dear and precious above all things, which is chastity and virtue”. The point this couple is trying to make is to say that the prophet Mormon in this scripture is blaming the victims.

But Mormon is not saying that these women did anything wrong. They are victims. What he is saying is when an innocent person gets raped they are changed forever. They feel fear, guilt, shame, and violated. It can take them years to fully recover and learn to trust and not be afraid again. Think about a little innocent virgin girl after she has been raped. That loss she feels is what Mormon is talking about.

The loss of “virtue” as Mormon describes it we might refer to today as a loss of “innocence”. This loss of innocence or virtue is the loss from being forced to see that level of evil for the first time. It is not loss of virtue or innocence resulting from sin. This meaning is plain to the reader, especially when taken in context. It is absurd to suggest that Mormon’s words are claiming the rape victim committed sin. He is saying the exact opposite and just pointing out the harm done to the victim. 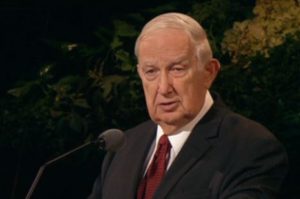 “The victim must do all in his or her power to stop the abuse. Most often, the victim is innocent because of being disabled by fear or the power or authority of the offender. At some point in time, however, the Lord may prompt a victim to recognize a degree of responsibility for abuse. Your priesthood leader will help assess your responsibility so that, if needed, it can be addressed. Otherwise the seeds of guilt will remain and sprout into bitter fruit. Yet no matter what degree of responsibility, from absolutely none to increasing consent, the healing power of the atonement of Jesus Christ can provide a complete cure.”

Elder Scott here is actually talking about all forms of abuse, not just rape. This whole talk is about how to heal as an innocent victim of various forms of abuse. He makes this one comment for situations where there may have been some guilt, even if very small, on the part of the victim. Remember he is addressing a global audience and a whole host of possible scenarios. His purpose is to help his listeners heal.

If in a rare situation a victim is partially to blame, they cannot fully heal without recognizing this and repenting of it. But that was only one small statement meant for that unique possible circumstance taken way out of context. The whole of the talk was to help heal the innocent not guilty of anything. Read the talk for yourself and you will see what I mean. 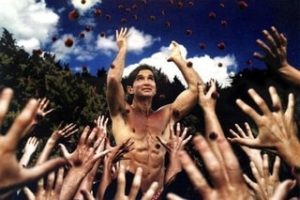 This couple also states that the church “does not teach consent”. She adds that she is sure “marital rape is rampant” in the LDS church. What they are saying is that church women are required to have sex to please their husbands, regardless of if the woman wants to.

That is so the opposite of anything I have ever been taught it is ridiculous. The church actually teaches that sexual relations between a married man and woman is a sacred experience. It is to embody love and selfless kindness. LDS scriptures very strongly denounce any kind of male dominance calling it “unrighteous dominion”. Just as in any organization there are those that do not follow the standards. There are those that abuse or exercise unrighteous dominion. But the church teaches strongly against such.

They make a big deal out of the church’s view on immodesty. For example they speak of a mother that asked a girl they know if she would please not wear such immodest shorts because she had teenage boys. They say that it is wrong to blame a woman wearing immodest clothing for the male’s actions. This point came across to me as a more genuine concern to her. So let me explain this a bit more.

Obviously everyone is responsible for their own actions. A woman wearing immodest clothing is not responsible for a man raping her against her will. But the fact of the matter is men are more visually oriented whereas women are less visually oriented. In general men get more aroused (even unintentionally) by an attractive immodestly dressed woman, than women do from an attractive immodestly dressed man. This is not 100% the case, but is accurate in most cases.

This is why so many more men regardless of religion, or lack thereof, have a problem with pornography. To women who are not as visually attracted as men are, people who make a big deal about immodesty are annoying. But for an innocent boy to constantly see female flesh displayed before his eyes tempts him to think impure thoughts. This is why there is such a pornography problem in the world today. We are bombarded with immodesty everywhere we look, on billboards and TV and internet ads.

Is it immodest women’s fault that more men have a pornography problem. No. But the presence of immodesty does make it harder for a man not to be tempted.

Hi, my name is David. Welcome to my website PutOnStrength.com! This website is my study into religious topics that I believe are the most interesting and important for our time. I get the name of this website "Put On Strength" from the scripture "Awake, awake; put on thy strength, O Zion; put on thy beautiful garments, O Jerusalem, the holy city" (Isaiah 52:1). My prayer is that this website will help those who read it to "put on thy strength" as the Lord meant for us to do in that scripture. If it does this in some small way, then the purpose of this website will have been accomplished.